Can recruitment be automated?

With the adoption of new tools and technologies such as AI, machine learning, and robotics, automation is on the tip of everyone’s tongues. What was perhaps once an idea out of a dystopian novel, more industries than ever before are seeing certain processes being done by a machine rather than a human.

Indeed, Gartner predicts that nearly three-quarters of routine work done by managers across all industries could be automated in just two years’ time. In 2018, 57 per cent of companies surveyed by McKinsey had begun their automation journeys; by 2020 this number had jumped to 66 per cent – so perhaps Gartner’s predictions aren’t wildly off the mark.

Back when automation first stepped into the business landscape, it may have been believed that only certain sectors, such as manufacturing, would be affected. However, this is certainly no longer the case. Every sector, every industry, will be influenced by automation in the not-so-distant future. From accountancy to law, engineering to recruitment, there is no company anywhere in the world that will not see the benefits of and encourage the implementation of automation.

Automation in recruitment is already happening

As with any sector, the use of automation in recruitment boils down to one thing: improving the efficiency of processes. This in turn creates a more profitable company that spends less time on the ‘daily churn’ of administrative tasks and more time on the aspects that make money including high-quality customer relations.

In 2019, 75 per cent of recruiters said that automation technology would play a large role in hiring processes that year and it’s incredibly likely that this number has increased since then, especially as the world moved online throughout 2020 and 2021 due to the coronavirus pandemic.

Indeed, the benefits of using of automation in recruitment are certainly vast, as we have discussed previously. AI alone enables teams to work more efficiently, for productivity levels to increase and for certain biases to be removed from the recruitment process.

Any recruitment company which isn’t yet on board with the idea of automation is most certainly lagging behind its competitors. However, on the flip side, a recruitment firm which is only using automation to run a large chunk of its processes is also putting itself into risky territory.

Automation in recruitment must be used with caution

For every positive of automation within an industry, there are negatives that must be considered. Of course, there will always be – for all sectors – problems such as technology issues, finance to invest, cybersecurity concerns and so on.

However, especially for people-driven businesses such as recruitment, automation may also present the challenge of finding balance. Too much automation puts the company at risk of losing the personable nature of recruitment, it opens processes up to bias and, as people become savvier to technology, the risk of manipulation becomes great.

For example, while automation can certainly mitigate our own human, unconscious biases within the recruitment process, it can also subject candidates to bias elsewhere. We only need to think back to Amazon’s recruitment crisis whereby their recruitment tool favoured male applicants over women. By the end, any CV which included the word ‘women’ was put to the bottom of the pile.

It is crucial to understand and recognise that technology like automation simply cannot make hiring decisions alone. Human input, understanding and empathy, working alongside automation, are all integral tools and traits needed to make recruitment fair.

Additionally, the more this technology is used, the more it is talked about, and the wider population become savvy to the way in which these tools function. Keyword manipulation is a prime example. A computer or robot cannot distinguish where perhaps a person has inserted keywords that do not fit with the rest of their application, but a human can. Again, without the human element of recruitment, it is destined to fail.

So, can recruitment be automated? Yes, certainly. But should it be fully automated? No. The perfect mix of human and computer, mind and technology will be the sweet spot where the industry thrives.

Lynsey has over 14 years of recruitment experience, all of which have been with Cathedral Appointments! She initially ran our office division before utilising previous knowledge and experience by taking on the IT Division in 2016. She can also be found running around sorting IT issues in the office for the rest of the team! 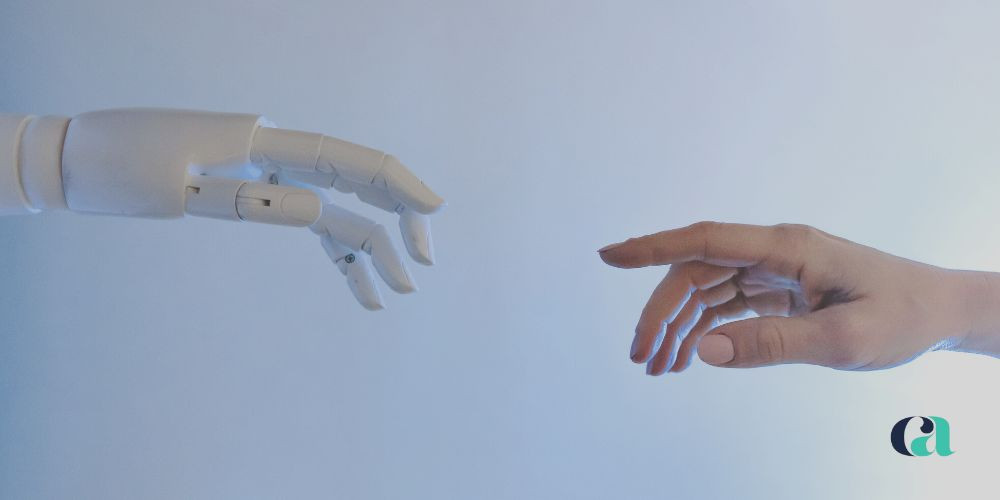