This passion has led me to do many things in my life, such as completing a master's degree which explored women in leadership roles and joining Exeter’s fantastic Inspiring Girls programme.

What is Inspiring Girls?

78 per cent of female business owners report to have not had female role models throughout their career. Just under a third said that this lack of inspiration and guidance meant that their entrepreneurial journey had been slower and that they don’t feel as successful as they could have been.

The root of this problem starts at a very young age. Due to a plethora of different things, from the creation of our identities and trying to fit in, to stereotypes that linger in our households, in our education systems and in the media, girls are quick to put themselves in boxes. We’re good at pointing out all of things we’re bad at and taking the limelight away from what we’re good at. We’re told that we should be smaller, meeker, quieter and that standing out is only going to cause trouble.

Inspiring Girls looks to stop this way of thinking in its tracks and help support our next generation of women to be more confident in their abilities and more assured in their worth.

Working with a whole host of secondary schools in and around the Exeter region, girls are teamed up with businesswomen, like me, to be mentored. Here, the groups meet for an hour once a week. Mentors learn about the girls’ backgrounds, their hopes, their fears, and their perceived barriers, and help to support them on their way to success – whatever that may look like for each individual.

Mentors help to give the girls a much broader, rather than different, perspective on themselves as people. Take one example where I spoke to a girl who immediately told me that she was loud and obnoxious. That was quite literally the first two words she used to describe herself. Whether that was a box she put herself in or a box that had been created by someone else, it became clear her go to was to be self-depreciating.

Since then, we’ve not only uncovered the amazing skills she holds but we’ve flipped her perception of herself on her head. We’ve identified that she’s confident. My role as a mentor with Inspiring Girls is to show each young person I work with that positive self-belief is the best asset to have.

Another element of what I do is to showcase that it’s ok to make mistakes. Girls are notorious for placing themselves on incredibly high pedestals. It’s well documented that girls are far more likely to be plagued with perfectionism and this can lead to a host of issues, such as feelings of stress or anxiety.

During the hour I am mentoring, I showcase my vulnerabilities. I share those times I have made mistakes without fear. I also go on to then say how I overcame those mistakes or how, actually, some of those mistakes were the best things I had done in my career. I want the people I work with to embrace failure, learn how to manage the feelings that come with it and see the positives that come from it.

The environment created by the Inspiring Girls programme is one of emotional investment. The teachers that put them forward, the mentors that work with them and Inspiring Girls as a programme recognise the potential in all of the girls that take part. We see individuals who are ready to conquer the world, but just need a small steer in the right direction. 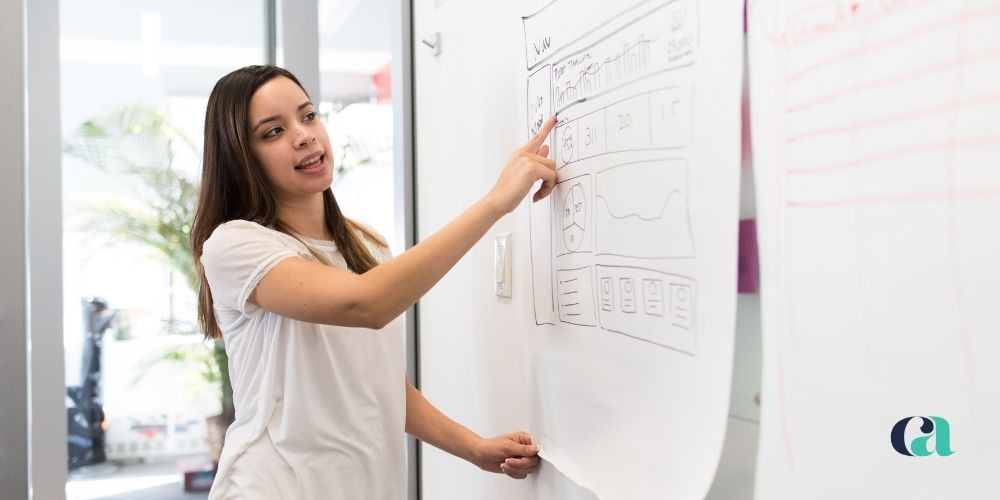