Large or small teams – which is your best option?

You might be starting out in your career, or potentially you’re considering making the next step on the ladder and on the look-out for the next opportunity. Wherever you are on your journey, one decision you will always face is ‘what size company am I looking for?’.

Small or large, there are pros and cons to each – the decision you ultimately end up making will depend very much on what it is that you need from this stage of your career.

Let’s look at the options.

Apparently, Amazon CEO, Jeff Bezos, lives by the rule that if a team can’t be fed with just two pizzas,
then the team is too big. Of course, in a company that houses 1 out of every 153 American workers, issues are bound to arise if the team becomes uncontrollable.

In a significantly large team, communication becomes more difficult to manage, politics are at risk of becoming unpleasant and processes simply aren’t as effective. This is where smaller teams excel. Indeed, according to research by Gallup, the tighter-knit, more seamless routines of a team of 10 or fewer meant employees are more engaged. Jeff Bezos’s theory appears to stand.

But why is it that smaller teams are more engaged? For many, it comes from the fact that there is a lot more opportunity on the table for a varied career. In a smaller team, or business, you’re likely to need to wear more than one hat and no two days are likely to look the same.

This need to jump from pillar to post will keep you and your team more agile, a skill that is greatly sought-after by any employer. If you can showcase the ability to work diligently under pressure, meeting deadlines while juggling multiple plates you’ll never be stuck for employment.

Nevertheless, where many smaller businesses have cracks in the paintwork is progression. The opportunities to move up the career ladder in smaller teams are fewer and far between so, when the time comes to make your next move, many employees within smaller teams seek out a larger firm to avoid stagnating.

Due to vaster amounts of financial resource, larger teams can invest significantly more into their people than smaller teams. Whether it’s more regular training programmes, state-of-the-art equipment or greater networking opportunities to help you widen your book of contacts, being part of a larger team certainly carves out a much more specific career path for you. Having a five-year plan in a larger company is easier and potentially more realistic.

And it’s not just career progression that is more seamless in a larger company. You’re far more likely to witness more formal support processes thanks to larger HR teams, big-name companies will always look impressive on a CV, the perks are usually pretty spectacular and the number of mentors available in larger companies who can provide invaluable nuggets of insight is vast.

But, as mentioned, it’s easy to become lost as a small fish in a massive pond. It’s likely that your working routine will be dictated by the needs of others, with little room for your own creativity to lead the way – certainly until you become a lot more senior. And those softer benefits, such as flexibility, may not be as easily granted. We’ve seen the likes of Goldman Sachs and Facebook go against the grain of the global shift to hybrid working, and it’s likely other large corporations will follow suit.

So, which is the better option?

It really does depend on what you’re looking for. The company that you decide to work for will be completely dependent on your needs, wants and ambitions at the present time. We aren’t all built from
the same mould and so, what will be an incredibly exciting opportunity for one person will be another’s worst nightmare.

To help you decide, think about what you career goals are in the present moment. If it’s that you want to be surrounded by the big lights of the city, working in a team where you are given the opportunity to upskill and learn from multiple mentors – a large team sounds right for you. If it’s that you want to enter a more flexible, yet varied, working environment – a smaller team sounds perfect.

Of course, no matter what decision you make right now, you always have the option to change your mind. The beauty of our careers is that they aren’t linear, and we have complete control over them.

If you’re unsure of where you’d like to go next with your career, contact one of our friendly team members who will more than happy to help.

Jo joined Cathedral Appointments in 2012 after over 20 years in recruitment spanning the whole of the UK - Aberdeen, Home Counties, Greater Manchester and the South West! She recruits for both Financial Services and Accountancy professionals and is known in the office for finding the needle in the haystack candidate where no one else can! 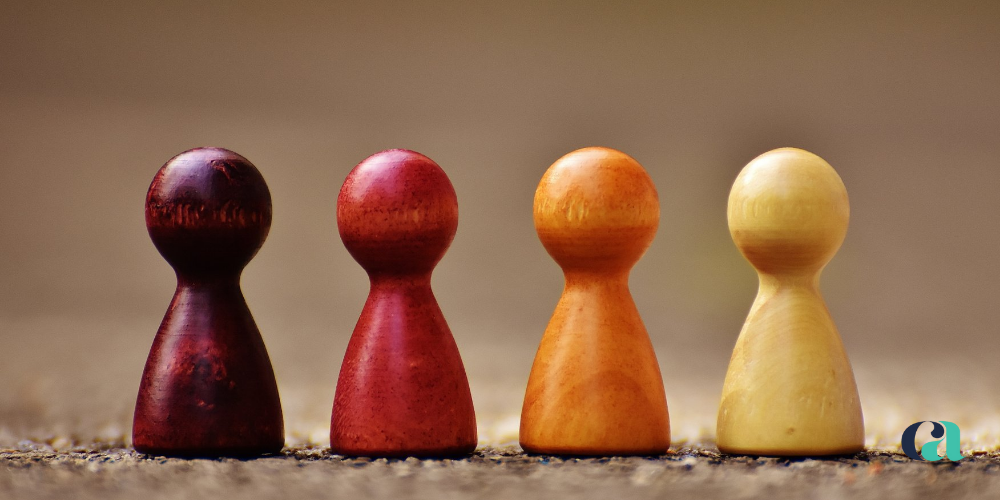