How to create, build and retain a diverse workforce

The benefits of a diverse and inclusive workforce are numerous, and the number of reports that give substantial evidence to this claim are great. A 2018 McKinsey study, for example, highlighted just how much more profitable a diverse workplace is compared to its non-diverse counterparts.

Businesses with ethnically diverse leaders are 33 per cent more likely to hold above-average profits, and for those with gender diverse leadership, profits sit 21 per cent higher than average. And, of course, diverse teams don’t just equate to monetary values; we mustn’t forget other key benefits such as a variety of perspectives, increased creativity and positive effects on mental and physical wellbeing.

However, while there may be reams of evidence to showcase the value of a diverse workforce, it’s clear that many industries struggle to recruit in an inclusive fashion. Each year, worrying statistics are raised which highlight problematic ethnic and gender parity in many sectors. For example, 48 per cent of women in STEM report discrimination during the recruitment process. Financial institutions have reported a 16.7 per cent mean pay gap between Black and White employees, and a mean bonus gap of nearly 53 per cent and, in the past year, the number of disabled people in employment has dropped from 54.7 per cent to 52.3 per cent.

But where does the issue lie when it comes to diverse hiring?

We recently asked 1,500 employers and employees if they thought it was a recruiter’s job to find diverse talent. The majority, 56.7 per cent, said yes.

And there’s the answer to the problem.

It is not the job of a recruiter to find diverse talent – that responsibility lies with the employer. Attracting diverse talent does not mean ticking boxes to fulfil quotas, it means actively working towards a culture that levels the playing field for everyone, as well as understanding and battling invisible barriers that wreak havoc to those in minority positions. A recruiter will likely have access to an incredibly diverse pool of talent, but they cannot be the driving force of your D&I efforts. Without an inclusive culture, you will fail to hire and retain diverse talent.

When it comes to the working day, it isn’t the case of one-size-fits-all. The 9-5, Monday to Friday working model has been around since the 1800s, but formally brought in by Henry Ford in the 1920s. Not only is this way of working hugely outdated, very few people adhere to it. According to research, only 6 per cent of Brits adhere to these hours, much preferring to make work fit around them and not vice versa.

Not only does flexible working relieve the pressures of having to juggle work and life, but it also underpins a much more diverse work culture. The evidence is overwhelming: it helps parents return to work without needing to fall back a few rungs on the career ladder, it reduces the gender pay gap and it helps those with invisible or chronic illnesses stay in work.

Inclusion is more than just a few training sessions

While D&I training can be a brilliant base to help teams learn about the benefits of a diverse workforce, tackle unconscious bias and the legal ramifications of not being an inclusive company, that’s not enough to label yourself a company that prides itself on a diverse culture.

Culture is something that is ingrained in every single employee, every single day. It’s a zero-tolerance policy towards racial or misogynistic abuse, it’s the creation of a Diversity and Inclusion team or leader, it’s introducing metrics to quantify your progress and it’s ensuring inclusive language is used throughout the business.

Don’t shy away from feedback

While we may feel like we’re doing all the right things to create and promote a diverse workforce, there may be areas where that mark is being missed or certain things haven’t been taken into consideration.

It may be hard to sit back and listen to constructive criticism, but that’s where the most meaningful change happens. Provide opportunities for employees and candidates to given open and honest feedback regularly to ensure you are always tweaking and improving your efforts with the ever-evolving times. This could be done through one-to-ones, anonymous feedback forms or full-team discussions – or all three!

For many, creating a diverse and inclusive working environment will take time, and there will undoubtedly be hurdles along the way. However, as long as you continue to put inclusivity at the forefront of every decision you make, the trajectory can only be a positive one. 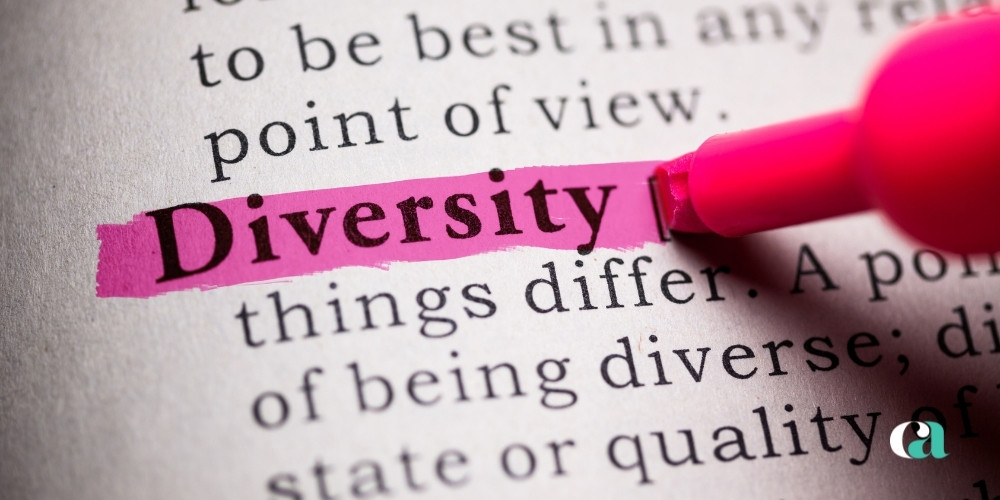