Overcoming the fear of failure

We are born with two innate fears, the fear of loud noises and the fear of falling. Both are evolutionarily designed to keep us out of harm’s way and give us the best chance of survival. Any other fears which we pick up along the way are all learned whether through the actions of others or experiences we have – especially in childhood.

The fear of failure is a key example. Many of us are taught from an extremely young age that perfection is optimum, and that failure is the be all and end all.

Girls, especially, are notorious at placing themselves on pedestals of high expectations and because of this, they are more likely to give up when put into a stressful academic situation and are more vulnerable to having their ‘autonomy and motivation threatened’.

Whether a boy or girl, child or adult, the fear of failure is something that affects over 30 per cent of the population. A phobia that controls us more than our dislike of spiders, being home alone and even the paranormal, according to a study by Linkagoal. In fact, 90 per cent of CEOs admit that the fear of failure keeps them up at night more than any other concern.

But why is the fear of failure something that we should all be working hard to overcome? The severe anxiety of doing something wrong, or not achieving perfection, is a problematic barrier to success.

It’s time to turn failure on its head and embrace it, rather than push it away.

Have a contingency plan

A lot of fear around failure comes from that sinking feeling of entering something unknown. Humans are creatures of habit and so a potential change can lead to questions of ‘what if?’. We become worried and the phrase ‘better the devil you know’ can creep in.

But sticking with the same thing stunts both personal and professional growth. If you want one solid piece of career advice; the only way to smash any glass ceilings or overcome hurdles is to just go for it. Yes, there is a chance that the plans you have don’t quite work out, but that’s where having a Plan B can be a great safety net. The security of a back-up plan may give you the courage you need to dip your toe in the water.

Seek out others who have made mistakes

We’re very good at catastrophising, especially when it comes to something new. Our brains go into overdrive and the anxiety of failure overtakes. But one way to calm those negative inner thoughts is to find a group of people who have been there, done that and got the t-shirt. Not only will you be surprised at how many people have failed in their professional lives, but you’ll be inspired by how they picked themselves up, dusted themselves down and tried again.

Some of the best career choices for me came out of mistakes. Sure, it didn’t feel brilliant at the time, but it made me who I am today. I learned to roll with the punches and found a group of people who I could lean on when times got tough, and I wouldn’t have changed any of it for the world.

Another great piece of career advice? Stop telling people what you’re bad at and proudly share what you’re good at.

We’re all brilliant at talking about our weaknesses, maybe as a way to get in there first before somebody else does. We’re not so brilliant at shouting about what we excel at. This behaviour can stem from a number of places, such as low self-esteem and self-confidence. But to halt this behaviour, we need to step into the slightly uncomfortable ring of being our own champions.

The same mentality should be taken around failure. Instead of focusing on the negatives that may come from not getting something right first time, flip it on its head. What lessons have you learned? What skills did you build upon? Who did you meet? What did you do that pushed you out of your comfort zone and allowed you to grow? There are an immeasurable number of positives that come from failure, we just have to find them.

Failure isn’t easy, but it is worth it.

If you’re looking to step outside of your career comfort zone and perhaps need some career advice or want to explore jobs in the South West, please get in touch with one of our brilliant team today. 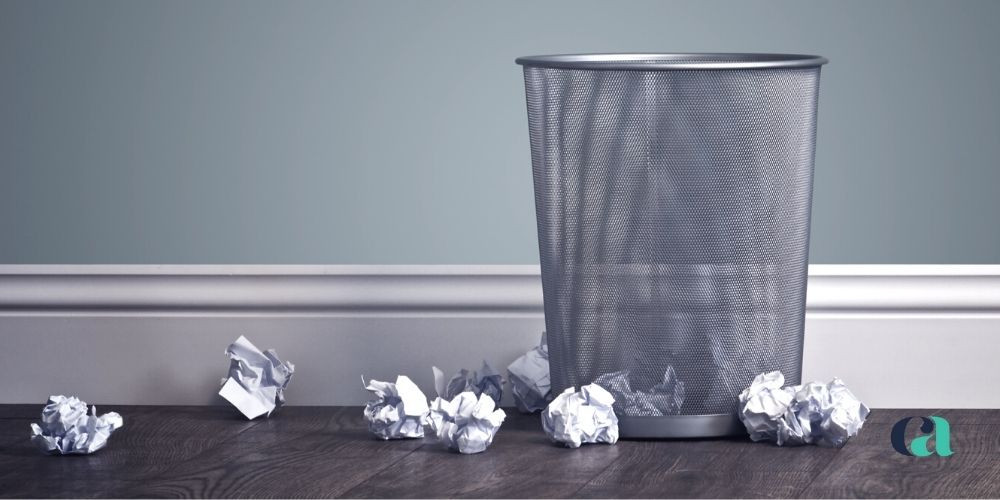