The delay of the gender pay gap reporting

Only two-and-a-bit months ago were we excitedly writing about the return of the gender pay gap. We spoke about how vital it was that the return to normal had to come soon, or we would risk seeing the reversal of crucial diversity and inclusion efforts, and a real decline in the welfare of women in the workplace.

“Moving forward, things will be returning to normal very soon. It has been made clear that the suspension of pay gap reporting was only a temporary measure during the pandemic and, as of 2021, emphasis will be put back on eradicating the inequality faced by many women in the workplace.”

Sadly, the news has broken that the gender pay gap reporting will indeed be delayed by another six months, taking us up to October before we again see any implementation of mandatory transparency around existing gender pay gaps which, in turn, will help to educate leaders into why closing the gender pay gap is not only important, but imperative to our societal and economic wellbeing.

While six months may seem like an indiscriminate amount of time for some, here are two reasons why this delay could be incredibly damaging.

The pandemic will continue to have a disproportionate effect on women

It’s not new news that socio-economic crises such as pandemics affect women much worse than they do men. Not only are they more likely to lose their jobs, but they are also more likely to be victims of abuse or be the ones who must cope with the overwhelming burden of caring roles. This trend isn’t unique to the COVID-19 pandemic – across other disasters such as Ebola and the outbreak of the Zike virus, “women’s socio-economic security was upended.”

The delay of gender pay gap reporting means that these struggles being faced daily by women as a direct result of the pandemic will long continue. Research by the UN has found that this delay hasn’t just caused short-term upset but may set back women’s equality by decades. According to The Telegraph, “The pandemic could put gender equality back by 25 years, as a result of women doing significantly more domestic chores and family care. Employment and education opportunities could be lost, and women may suffer from poorer mental and physical health.”

It sends the wrong message about gender equality

When literal blood, sweat and tears have gone into trying to make meaningful change for women across the globe to be recognised as equals to their male counterparts, it is a complete blow for society when these efforts are muted the second something else comes along. The reaction towards gender pay gap reporting has made the issue of female equality appear to be no more than a nice-to-have instead of a life-changing and crucial movement for women.

As said by Frances O’ Grady, “This decision sends a worrying message about the importance given to gender equality. It must not be seen as a nice addition when times are good that can be shelved when the going gets tough.”

As a small business owner employing eight women and one man, I can’t imagine why I would decide to award him higher remuneration than his equal female counterparts, simply for having a different chromosome set. In the two decades of my career, the recruitment industry and our overall society has moved so many steps forward in the progress of equality for women - we’ve been given platforms to have a voice and waves of change have flooded the patriarchal system. It saddens me immensely that in the space of 12 months, the string has been unravelled and we are having to start again.

As a direct result of the past 12 months, the gender pay gap has indeed widened significantly. It has resulted in an increase to the mean gender pay gap of £62 a month, and womens’ incomes are expected to fall by 26 per cent – nearly 10 per cent more than men, who are expected to lose only 18 per cent. But the delay in gender reporting isn’t just about money. It is about the increase in calls to domestic abuse helplines, to more women becoming more likely to succumb to mental ill-health and a society much more willing to help men than women. 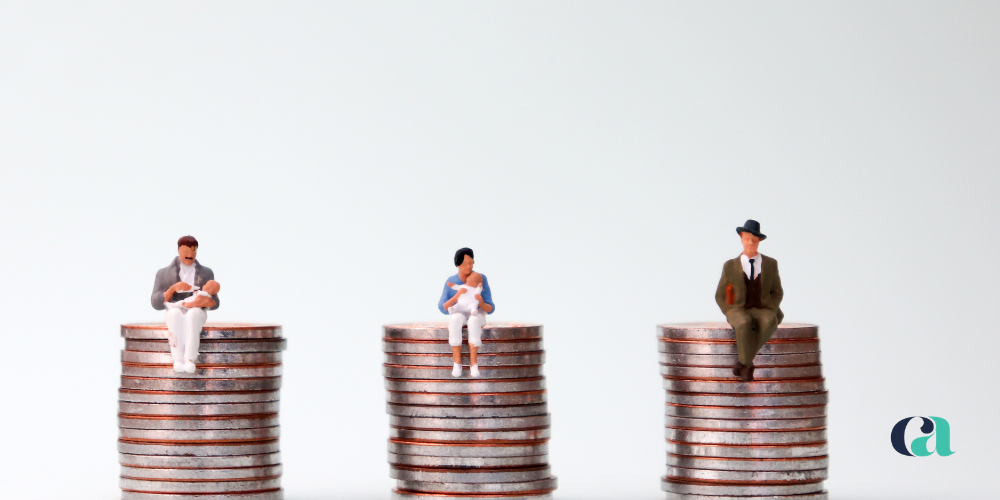